What is Call of Duty: Mobile Ranked Mode? Call of Duty: Mobile is taking the world by storm and it’s popularity shows absolutely no signs of slowing down. From the hardcore first-person shooter fans to the casual gamer looking for a bit more action, players far and wide are downloading the game and joining in on the fun.

As with all competitive multiplayer games, there comes a time when some players simply want a greater challenge. To many an aspiring pro gamer, joining matches against casual players eventually loses it’s satisfaction and the need to test your skills against better and better oppenents takes over.

That is why we have Call of Duty Mobile’s premier Ranked Mode. An arena like no other that is populated only by players looking to prove that they are amongst the best of the best at the game. But what exactly makes it different from normal multiplayer and how exactly does it all work?

Today, we’re going to take a look at exactly that as we ask the question, what exactly is Call of Duty: Mobile Ranked Mode?.

Before we dive in and start earning those points, we need to go over some of the rules and how they’ll affect you as a player. You can play in both multiplayer and battle royale modes so there’s really something for everyone within the ranked system.

For any newbies joining in on the action, you’ll need to be at least level 7 before you can unlock this mode. It’s a separate lobby from the standard multiplayer that can be accessed easily from the Main or Multiplayer menu so I highly suggest practising and leveling up first before entering.

You’ll be matched with players on a similair rank for each game and you’ll be rewarded with Rank XP after every match. The more XP you gain, the higher you will progress through your rank. Just remember that the progression track is separated for Multiplayer and Battle Royale modes so that one will not affect the other.

Also check out our top 5 beginner tips and tricks as well if you want to quickly improve your skills.

The levels of progression within ranked mode are separated by several Tiers. Every new player entering ranked will start at Rookie I with the highest level being Legendary. Within each Tier there are 5 levels to progress through before you get promoted to the next one, except for Legendary which is it’s own level.

So, for example, in order to get promoted to Veteran you will first need to get through Rookie I, Rookie II, Rookie III, Rookie IV and Rookie V. As you progreds higher, you will inevitably start earning less points and less Rank XP per match, making it increasingly difficult to climb the ladder.

It may sound like a grind but there are plenty of great rewards to be picked up along the way to make it worth your while (we’ll get to that in minute).

There are many exciting game modes within the standard multiplayer, includng 1v1 Duel and Capture the Flag, but there are only 4 available within Ranked. To make things a little more complicated (or simplified depending on your view) the match mode and map are completely chosen at random as well.

Many players requested having a choice and, for a brief moment during Season 4, they allowed players to choose their prefered mode and map and it left the overall experience unbalanced. 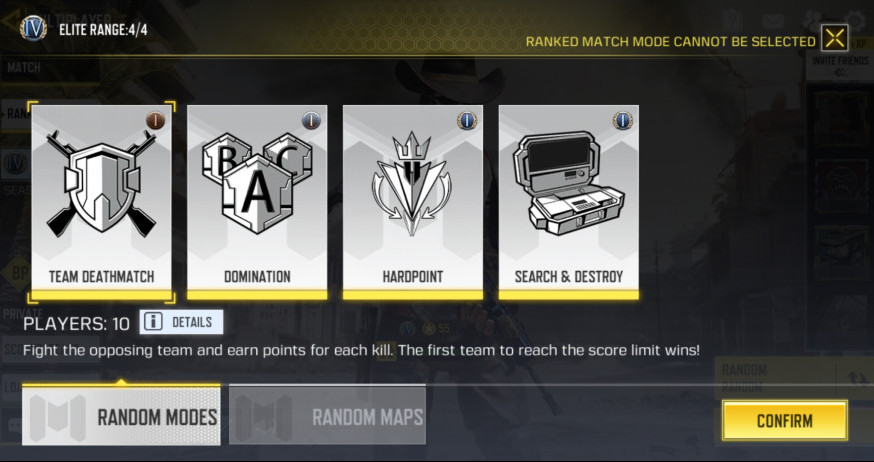 I personally love Team Deathmatch because of it’s fast pace and the fact that I tend to do better in this mode too. So, as you can imagine, I picked this mode constantly in my ranked games to give myself the best chance of winning and I bet a lot of other players did as well.

Being denied the choice of match mode forces you to diversify and be good at different aspects of the game in order to succeed because there’s no guarantee that you’ll get match mode you want. Ranking up by specialising in one match mode is not a true reflection of your overall skill level.

Ulitmately, the speed at which you progress up the ladder will all be determined by the amount of points you score each game. They are awarded based on the number of kills each game, the number of deaths and whether or not you won or lost.

It all depends on your performance but be careful. Once you reach Elite I and above, you will start losing points for each bad performance and you can get demoted if you lose too many.

Those may seem like high stakes but it makes earning the rewards a whole lot sweeter. Each new step up the ladder gives you new prizes, including Weapon XP cards, Credits to spend in store and Unique Weapon Skins. Not to mention the bragging rights and proof that you’re one of the best in the game. 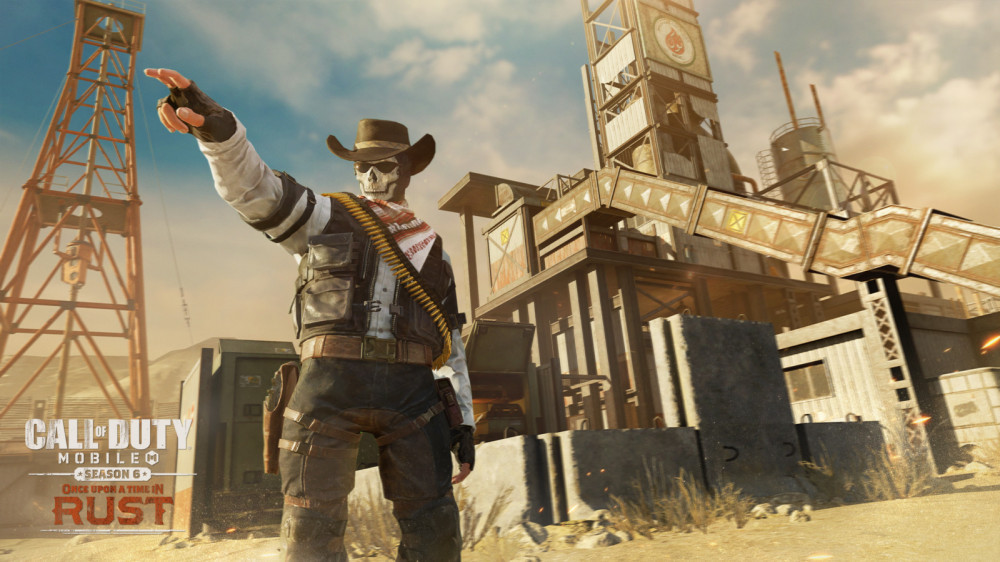 Is it Worth It?

I’ve been playing Call of Duty: Mobile casually for over half a year and I started playing Ranked Mode in Season 4. There definitely was a learning curve to overcome, simply because of the newfound competition. But, once I found my feet, I became determined to climb the ladder and can’t wait for ranked Season 5 to begin.

I’ plan to post about my progress in future posts so be sure to check back for updates and even more tips and tricks on the game.

Do you play Call of Duty: Mobile Ranked Mode? How far up the ladder were you able to climb? Let us know in comments section below!

Disclaimer: Mobilegamertech.com is not affiliated with Activision or Call of Duty: Mobile