Mobile gaming is bigger than ever and it’s no surprise that the demand for mobile gaming controllers has blown up with it. It’s never been easier to replicate that console feeling on-the-go or in your home with nothing more than a smartphone or tablet, and a Bluetooth connection.

As one of the most affordable and versatile controllers on the block, could it be the ultimate beginner controller? I mean, it looks the part, but can it take your mobile gaming experience to the next level? Safe to say, there’s only one way to find out.

The box itself is sturdy and looked good for the product. It has the signature red and white design that iPega is known for and, inside the box, you find the PG-9157 controller, a charging cable, phone clip, and the user manual which comes translated into a variety of different languages.

As soon as I picked it up I was amazed at how light it was compared to more premium controllers but it doesn’t feel like they cut down on quality to keep it that way. It’s plastic from head to toe except for the Start and Select buttons, the 2 analog sticks, and the central Home button that has the iPega logo.

The overall design is pretty unique and it’s clear to see a lot of the elements they incorporated can’t be traced back to one source alone. The triggers resemble the L2 and R2 that you find on a Playstation’s Dualshock 4 and the action buttons look and feel like they were made for an Xbox One controller.

It’s a mixed bag of things I’m familiar with and discovering for the first time too.

How to Set it Up

For Android devices, this is one of the easiest mobile gaming controllers to set up and I was surprised by how many of my games and retro emulators were able to detect it and let me start playing almost immediately. But, that’s only if you select the right pairing mode which can be a bit confusing when it’s your first time using one of these.

Based on the wording, you’d think that pairing the controller in Direct Play mode would be the way to go but I honestly had a lot more luck with the Standard Game Mode instead. Direct Play did connect and did register some controller functions but I had almost no control over what was happening on the screen.

The only remedy was to download the recommended app called Shooting V3 and set up my button mapping overlay which can get frustrating and confusing when you need to set up a new button map for every new game you play. Not to mention the Start and Select buttons control the Shooting V3 map itself, making them useless for the game you’re playing.

Once I connected using the Standard Game Mode, there was barely any need for Shooting V3. I play a lot of Grand Theft Auto: San Andreas and it knew straight away that I had a controller connected without any hassle and the same could be said for PPSSPP games too.

I could even navigate the menu this way so always use Standard Game Mode on your Android Device and the game should detect your controller if it supports it.

It’s always a bit concerning when controller designs stray from the more traditional look we know and love but I was pleasantly surprised by how well this controller sits in your hand. It’s wide and well-rounded on the edges and should even be a good fit for players with smaller hands.

The action buttons (ABXY) feel very responsive and don’t stick at all, even when being held down for a long time. The rubber on the analog sticks provide enough traction and look like they could stand a fair amount of use before deteriorating and becoming unplayable.

I also like that the action buttons resemble the Xbox 360 controller more than the newer console model. Having full color instead of just the letter itself is great since there isn’t any backlighting and it adds to the blue on the analog sticks to give the controller a more vibrant look overall.

To top it all off, I’ve spent hours using this controller and sill have not been interrupted by a low battery. The only reason I plugged it in to charge was because it had been a few days and I was just concerned that it might be low, but it’s lasted hours so far.

I have to start with the most frustrating part about using this controller and it’s the reason I upgraded a lot sooner than I expected.

It’s not supported by Call of Duty: Mobile.

And even with a button mapping overlay to compensate for that, I don’t really think a controller like this would be that effective in Call of Duty or any other game that requires extensive use of the analog sticks.

I detected way too many obvious dead zones and playing with them got so bad I almost lost it when I was trying to play PPSSPP games because I could barely control my character on screen most of the time and I kept dying as a result.

The phone clip has two elevation settings but the hinges are so weak that my phone would just fall back into the furthest position or flop down onto my fingers so there’s only one position your phone can rest at. It’s held up well so far but it could definitely be sturdier. I prefer to just prop my phone up on a table while I’m playing.

I only felt one vibration from this controller one time and that was while playing GTA: San Andreas. It was barely even noticeable and the response was so lackluster I didn’t even know what I did in the game to cause the vibration in the first place.

Most of the time I had no clue the controller could vibrate and I think it’s just better if I go on pretending that it doesn’t. 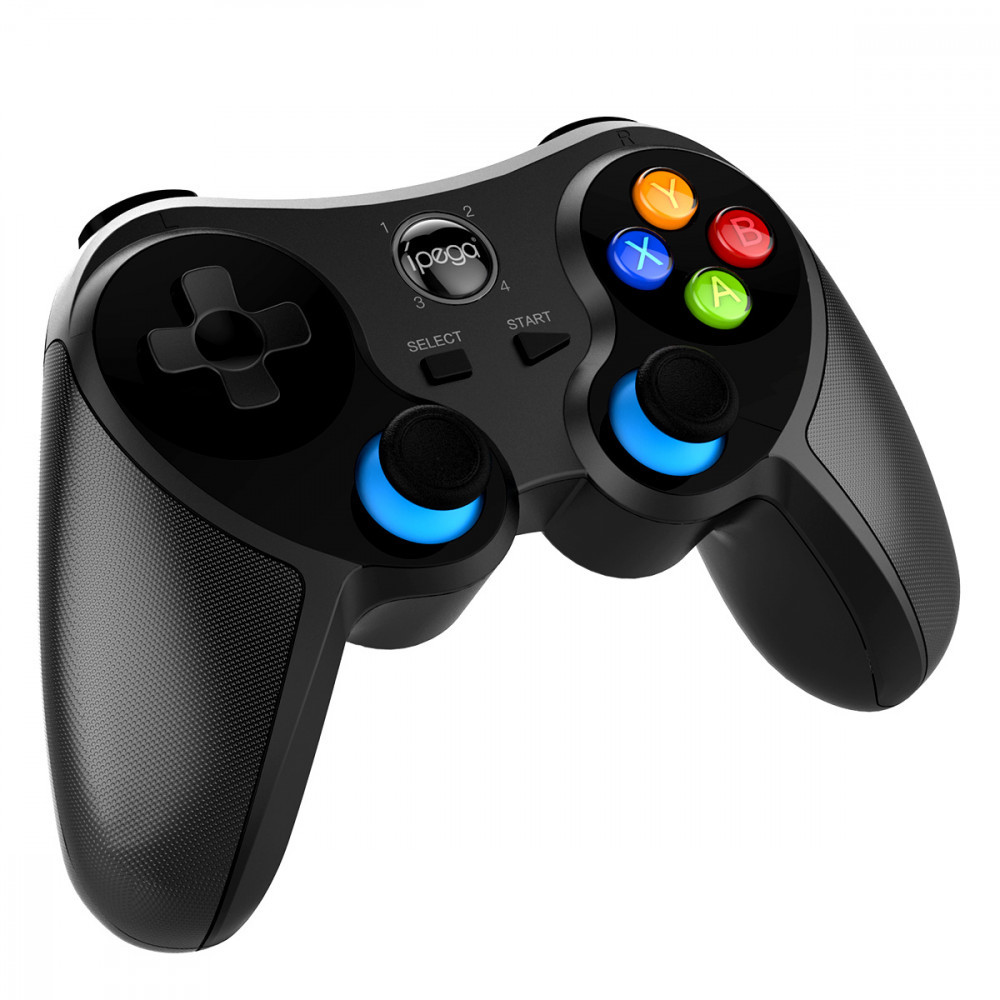 Should You Get It?

If this is your very first mobile gaming controller or if you’re looking for a good controller to pair with your retro emulator, then this is definitely the one for you. I used it on a full run of Pokemon: FireRed and it’s been a dream come to true to play my favorite Grand Theft Auto game on my phone without any of the annoying touch screen controls getting in the way.

It’s far from perfect, of course, and you will probably want to upgrade to something more premium if you want to take mobile gaming seriously but as a starter controller that covers all your basic needs, you really can’t go wrong. So yes, definitely you should get it.

Have you used the iPega Ninja before? Do you have any questions about using it? Let me know in the comments section below,

6 thoughts on “The iPega Ninja (PG-9157) – The Ultimate Beginner Controller?”