How To Reach Legendary Rank in Call of Duty: Mobile Battle Royale Season 7 of Call of Duty: Mobile has officially been live for just over a week and a half and it’s certainly brought some new surprises with it. There’s been new weapons, new soldiers, and even a brand new dancefloor and I personally can’t wait to see what comes next.

But if you’re like me, the thing you were most looking forward to is the start of a brand new ranked season. Sure, there may be a lot of cool rewards to collect by playing ranked but what I really look forward to is the grind of climbing up the ladder and earning my place at the top.

This season I finally broke through the threshold and reached Legendary Tier in Battle Royale (BR). It was my first time climbing this far and I’m eager to see just how many points I can get as I try to set a new personal best.

Needless to say, I’ve learned as I made my way up the ladder and I’m always looking for new areas to improve and get better as the Seasons progress. So today, I thought I’d share some of my best tips and tricks to rank up fast in Call of Duty: Mobile Battle Royale mode.

Looting and surviving are important aspects of BR but you will never go through a single round without using your weapon at least once. Every time you encounter an enemy you’re basically engaging in a small 1v1 duel to see who gets ejected from the game.

It may seem a bit counter-intuitive but there’s a lot to be gained from playing a few rounds of Team Deathmatch or Domination since they’re both great ways to hone your skills for the battlefield. I used to play a lot of Multiplayer before switching to Battle Royale and I definitely felt the benefits.

It’s the perfect place to practice your gunplay. Focus on being able to react fast and snap onto your targets quickly and don’t pay much attention to the score. You won’t lose rank playing casually in multiplayer so be aggressive and get used to quickly engaging and taking down your enemies.

Just make sure you’re using a gun that is available in both modes when you practice.

#2 – Pay Attention to Your Loadout

The more you play Battle Royale mode the more you’ll encounter the different weapons, attachments, and grenades that are scattered all over the map. A lot of players actually don’t pay attention to what they’re picking up, since looting is all done automatically, and just assume that the game is picking up the best stuff them.

That maybe sort of true, but as you progress through the game you’ll start to get a good idea of which guns work best for you. Things like which gun has the easiest recoil for you to control, what kind of optics you prefer to use for aiming, and even just knowing the kind of ammo you need to look out for are all things you pick up over time. 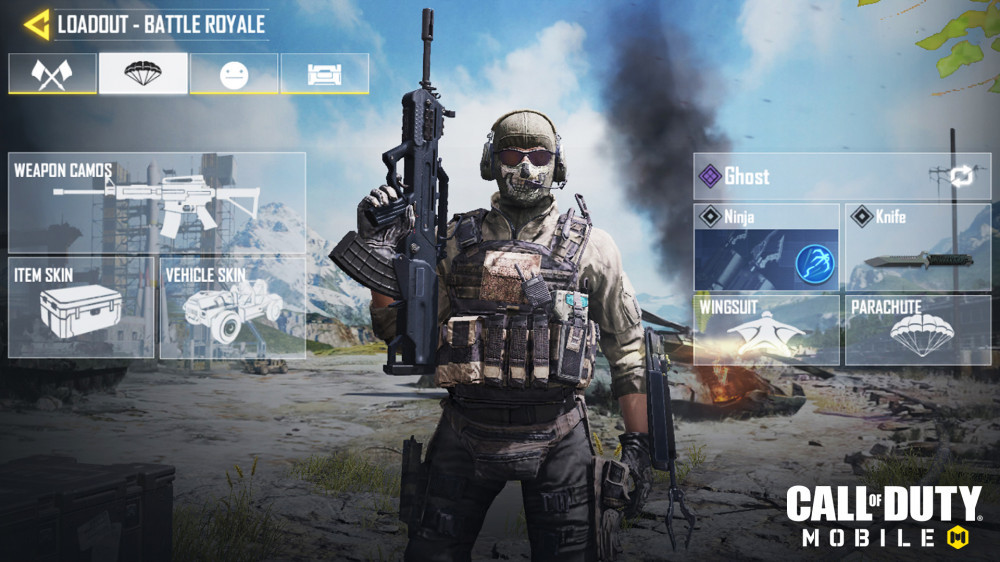 Once I started to pay attention to stuff like that, I quickly discovered that I’m a huge fan of the LK117 assault rifle because it does a good amount of damage and it’s easy for me to use at long distances, especially when I have a long barrel attached since it increases the range quite a bit.

It’s now my preferred gun and I do my best to try to find it every game because I know how good it can be for me.

Map awareness could be a complete topic all on its own but for now, I’m just going to mention some key elements that come into play for most of my games.

In every game of Battle Royale I play, these are the things I check the most and it’s saved my life countless times.

#4 – Play Around the Edge of the Circle

Rotating around the map to make it to the safe zone can be a tricky thing at times. There’s simply no telling how many enemies are between you and where you want to go, and the approaching blue zone makes it hard to take things slow.

Some even try moving to where they think the middle of the circle is going to be but the closer you are to the middle, the higher the chance of getting shot in the back. That’s why my strategy is often to play around the edge of the circle while making sure I stay ahead of the collapse.

Like I mentioned before, a lot of players don’t pay attention to the map and I often see them sprinting to get to safety inside the circle when it’s already too late. These are the easiest targets to get since they’ll already be taking damage from the blue zone and most won’t even have a weapon drawn since it’s faster to sprint with just a knife in hand.

So hang back around the edge and try to pick off the stragglers that haven’t been paying attention.

Without a doubt, the easiest way to improve your skills and start climbing up the ladder is to play with a squad. It doesn’t even have to be with your real-life friends either. I’ve definitely been matched with some horrible teammates along the way but I’ve also found massive success playing with random people that I’ve never met before.

No one likes to leave the game early and playing as a squad is the only way to get a second chance if you get taken down. If you get knocked down, you can be revived by a teammate as long the enemy doesn’t confirm the kill. And, if they do, your teammate can still pick up your dog tags, scan it, and book you a seat on the revive flight.

The dog tags do expire and there are a limited number of revive flights every game but being able to come back is a huge plus and makes playing with a squad all the more enjoyable.

There’s no perfect strategy for winning but following this advice will definitely give you a better shot and help you earn as many points as you can from each game. Don’t get too disappointed if you lose too. Remember that, at the end of the day, it’s only a game and you can always join a new game and try again.

Eventually, you’ll be able to join me in the Legendary bracket.

Do you play Call of Duty: Mobile Ranked? What are some of the tips you’d like to share with new players? Let me know in the comments section below!

4 thoughts on “How To Reach Legendary Rank in Call of Duty: Mobile Battle Royale”