MGT Mobile Games,Xbox How Start a YouTube Gaming Channel With an Xbox And a Mobile Phone For most casual gamers, simply playing the games is more than enough to satisfy their needs and give them the experience they’re looking for before returning to their regular activities. But, for a select few, the passion for gaming runs so deep that the only choice is to make sure that gaming becomes more than just a hobby.

Earning a living doing nothing but playing video games is the ultimate dream and there are many different ways to go about doing that. However, we can all agree that the most common and most accessible way to go about doing this is by following in the footsteps of your favorite YouTubers and starting a channel of your own.

The best part about it is that you don’t even need a high-end PC for editing or an expensive capture card to record your gameplay. A lot of the tools you need are already in your possession and at your disposal and today, I’m going to show how to exactly you can use them to start your very own gaming channel.

Unfortunately, this is only going to cover Android smartphones and tablet devices but you should be able to follow these same steps on iOS since most of these apps are available on both platforms. So, without further ado, let me show you how to start a Youtube gaming channel with an Xbox and Mobile Phone.

HOW TO START A

In order to pull this off, there are only three very important apps that you need to have downloaded and installed on your Android. The first, of course, being the YouTube app itself, the second being the Xbox app, and, last but not least, a simple video editing app called Inshot. Here’s how and why we need them.

YouTube: This one should be pretty self-explanatory but you can’t start a YouTube gaming channel without YouTube itself and there’s a lot that you can do with the mobile version. Especially when it comes to uploading YouTube shorts which are a great way to get your channel out there when you’re just starting out.

Xbox App: This is the standard box app that is available from Microsoft in the Google Play Store. It has a lot of functionality no that it’s been updated including the ability to check your achievements for various games as well as a tried and tested remote install that lets you browse and install games remotely from your phone.

InShot: This simple video editing app has been around for ages and its popularity amongst viral tik tokers is well deserved. It’s freely available on the Google Play Store and it comes with a lot of great functionality even in the free version. It does add a watermark to your videos but, if you’re willing to watch an ad before you render, it won’t be a problem at all. 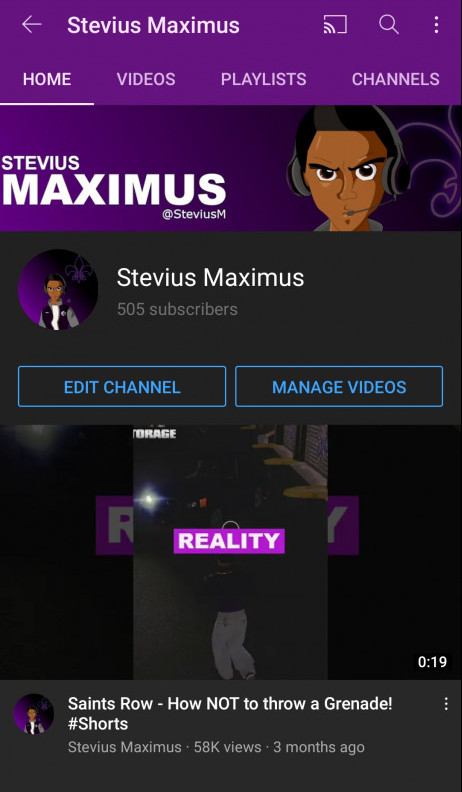 How To Use Them…

The Console and The App

Social media and the sharing of online content have progressed far beyond the norm, so one of the best features to grace the 8th generation of consoles was the share function. Both the Xbox One and PlayStation 4 gave us the ability to create and share clips and screenshots from the games we play and we’re simply taking full advantage of that.

You can either start a continuous recording if you’re doing a simple playthrough or you can instantly capture a replay of what just happened. The length and quality of these clips can be altered within the settings menu of your Xbox console and each clip can be uploaded to the Xbox Network.

And, once they’re on the Xbox Network, they can easily be accessed on your Android smartphone via the Xbox App. You can view all your screenshots and clips without downloading them to make sure that you’re only getting the best. Once you’ve found the video you want to use, simply download it to your device.

Now, InShot may not give you in-depth animations and even multi-track editing but I’ve gotten more than enough use out of the features it has with the biggest one being the canvas layout. Working from mobile means you have the potential to share your videos across multiple platforms along with YouTube.

So, once you’ve edited your video together, why not format different versions for Tik Tok and Instagram to go along with the 16:9 video you plan to upload to YouTube. I highly recommend it as your go-to choice for video editing on mobile since the quality of the rendered videos always holds up.

Once you’ve gathered your footage, edited it into a decent video, the only thing left to do is upload your work of art to YouTube and luckily, that can all be done from the comfort of the YouTube app that you probably already have downloaded to your phone. Even better if you plan to take advantage of the newly created shorts feature.

InShot will let you format your videos into the Vertical format that is instantly recognizable from apps like Tik Tok which also lets you upload your videos as Shorts if you live outside of the US and don’t have that functionality available to you. And even if you’re planning to upload regular long-form content.

You’ll be able to schedule your uploads as well and even set up premieres for any videos you think are extra special. The only downside is the fact that you can’t really add or edit the Thumbnail or Channel Banner so, if you do want a more professional-looking page, you’ll want to hop on a computer to style your channel.

So now you can see just how easy it is to set up your very own YouTube Gaming channel with nothing more than an Xbox console and your Android smartphone or tablet. You don’t need an expensive rig with a capture card or a high-end PC that could cost thousands. The simplest tools always work the best.

Have you started a Gaming YouTube channel? What are some of the tricks you’ve learned along the way? Let me know in the comments section below.