Season 8, without a doubt, was the most jam-packed season to date, filled to the brim with new content for players to digest and limited collectibles to get our hands-on. Seriously, I almost couldn’t decide which new soldier skin or weapon camo I wanted to try out first.

There were rewards in the Daily Login, rewards in the Battle Pass, and even limited-time events that gave you the opportunity to expand your vault of cosmetics with even more weapon skins. No other game on the market is so dedicated to providing fans with engaging content that it’s hard not to talk about it all the time.

The Battle Pass is the gift that keeps on giving this season, so I decided to take it slow and unlock all the rewards as I played, so I could spend a bit of time getting familiar with each of them and boy was it worth it. Now that I’ve climbed all the way past 50 tiers, let’s take a look at the best thing in Season 8’s Battle Pass. 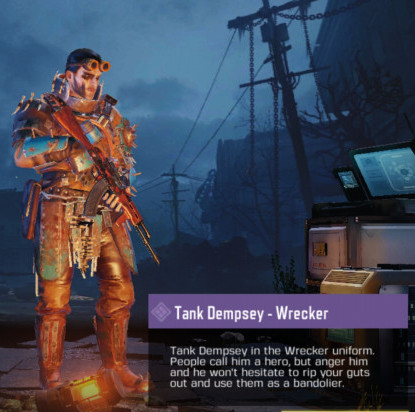 Right off the bat at Tier 1, we get Tank Dempsey in the grimy and gritty Wrecker uniform. He’s a familiar character to the franchise and it’s great to see him in a more rugged and violent setting instead of the prim and proper style of his regular uniform.

I think The Forge took a lot of inspiration from movies like Mad Max, with the way they styled his uniform. Makeshift pieces of armor built out of scrap metal are covering him from head to toe and, together with the menacing face paint, he looks like he belongs behind the wheel of a car driving down Fury Road.

It’s the perfect skin for a game mode like Battle Royale since it fits the whole survival aspect really well and just makes the whole experience feel a little more hardcore, so I recommend it without hesitation. 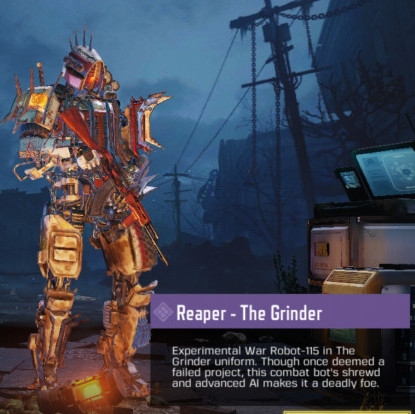 Also known as Experimental War Robot – 115, Reaper is one of the only robots in the game that actually serves as a playable character and not just a glorified prop. After making his first appearance in Black Ops 3, he has become a mainstay in multiplayer games and a fan favorite amongst Call of Duty: Mobile fans.

But now the sensible, serving robot has evolved from his clean, futuristic form into a certified killing machine. Everything, from the spikes that are decorating nearly every piece of gear to the mangled number plates that are lodged in different places, gives Reaper a new look that simply screams danger.

All of Reaper’s sound effects are unique and robotic, from joint movements all the way to his voice lines as well, so I keep this skin on hand for whenever I need a change of pace from regular human soldiers.

Reaper – The Grinder is available upon reaching Tier 12 in the Season 8 Battle Pass. 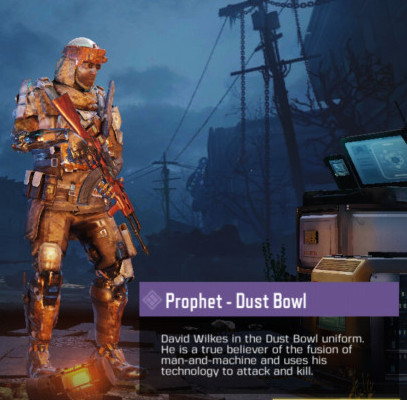 Another familiar face from Black Ops 3, David “Prophet” Wilkes is the epitome of man and machine coming together as one and that is clear to see in his brand new uniform. He is a firm believer that cybernetics is the way forward for mankind and has replaced his arms and legs with robotic limbs.

David’s overall look is very different from the other soldiers but falls in the same category as Ruin and even Seraph, although they are not so dramatically enhanced. That’s why, to me, he was already a character that could fit in the post-apocalyptic setting but, when compared to the other skins in this season’s pass, it’s kind of boring.

This skin could belong to any theme that had a murky brown color palette, like a desert theme, and doesn’t really stand out as a skin that’s unique to The Forge. Still, its worth having in the collection.

Prophet – Dust Bowl is available upon reaching Tier 30 in the Season 8 Battle Pass. 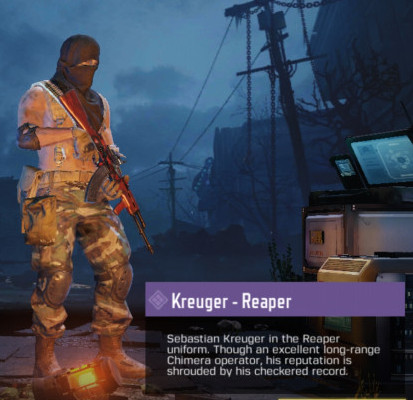 As some of you may already know, Kreuger is, by far, my all-time favorite character from the Call of Duty roster, and it’s still true on Mobile. I adored the Alchemist skin and used it almost every single day last season. So I was automatically going to get any new Kreuger skin but this one is my absolute favorite so far.

Another Kreuger skin that I’ve seen appear in Warzone often, I couldn’t wait for it to come to Call of Duty: Mobile and I honestly couldn’t be happier. I wouldn’t be surprised if I was still using this skin well into Season 9 and even Season 10. I especially love using it in Battle Royale when I’m doing a run of Solo vs Squad.

I really felt like a bad a** assassin as I stalked around the map, taking down entire squads and looking super cool while doing it. I would get the Battle Pass for this skin alone and I highly recommend you add it to your collection even if this is the first and last battle Pass that you buy.

Kreuger – Reaper is available upon reaching Tier 50 in the Season 8 Battle Pass.

Yes, yes and…well…yes! We’ve never had more than 2 new soldier skins and I almost feel spoiled when compared to other Battle Royale games like PUBG Mobile that only give their players new character skins to loan for a week some times. Not to mention the fact that you’ll earn back all the CP you spent on the pass and have enough to buy the next one.

And if that wasn’t enough to make you want to get the pass then be sure to check back with us again as we tell you more about this season and what’s available for players with the Battle Pass activated. I mean, there’s even an emote in there and we all know how long it’s been since we got one of those in a Pass.

Have you got the Season 8 Battle Pass? What did you think of the new soldier skins? Let me know in the comments section below!