Call of Duty: Mobile is one of the most popular online multiplayer games out there right now and its rise to fame is showing no signs of slowing down. Riding on the legacy built by its console counterparts, this game burst onto the mobile scene late last year to critical acclaim.

Day after day, more and more players are downloading it for the first time, and diving headfirst into the intense gameplay and action that the series has always been known for and veterans of the Call of Duty franchise are discovering a new way to play their favorite first-person shooter on the go.

The game is very accommodating towards new players and the experience is only made better with a mobile gaming controller. But still, it can be a bit daunting to pick up and play for the first time. That’s why today we’re going to take a look at five of the best beginner tips and tricks for Call of Duty: Mobile.

One of the things I love about Call of Duty: Mobile is how hard it works to get you comfortable playing from the get-go. In the beginning, you’re greeted with a quick tutorial that explains briefly how the gameplay works and lets you choose between two different modes for aiming and shooting.

Using the Simple aiming mode when playing for the first time is great for beginners. As the name suggests, it simplifies the mechanics of the game and lets you focus on getting a lot of the basics right.

Once you feel more comfortable and are looking for more control over your movements, you can switch it up to the Advanced mode, which is my personal favorite, and take it from there.

When I jumped into my first few games of Call of Duty: Mobile, I was impressed by how easy it was for me to mow down the competition and put up a good fight regardless of whether I win or lose. Well, that was not an accident.

Tencent Games knew that the majority of the player base wouldn’t be hardcode Call of Duty players and so they made it as easy as possible for beginners by making sure your first few levels of the game would be up against players controlled by A.I. (Artificial Intelligence) also known as bots.

You’ll notice as these bots tend to stand out in the open, pointlessly aiming their guns, failing to hit anything, almost as if they’re waiting for you to shoot them and that is exactly what’s happening. So make sure to channel your inner Rambo and get as familiar with the game and the guns as you can.

You’ll be playing like this until level 7 and the game will start putting in more and more human players until you reach level 10. From then on, there will be no bots in your matches and you’ll notice this as well because, unfortunately, you’ll start dying in the game a whole lot more.

Matchmaking is a tool that ensures you only play matches with players on the same level. It goes all the way up to level 150 so you can be at quite a disadvantage if you’re only level 15 and you’re put up against players that are a lot higher.

But still, you will inevitably run into better players, and, like me, the need to improve will take over.

Luckily for us, you don’t have only have to practice in-game and up against other players. If you go into the multiplayer game mode selection, you will see Practise Vs. A.I. to the far left. This will work similarly to the early levels and put you up against bots that don’t do much.

It’s useful for a few reasons in particular.

It seemed a bit unnecessary at first to me, but I soon found out that there is a lot to be gained from playing with some decent headphones. There is too much information to be gained for it to be ignored and I make sure I use a good headset whenever I play because I know how big of an advantage it can be.

Every player’s footsteps can be heard if they’re close enough, especially the enemies, so you can imagine how much easier a firefight can be when you can already hear where exactly your target is or where they’re coming from or even what gun they’re using.

This can be extremely useful in the Battle Royale mode and I can tell you first hand that being able to hear any enemy movements has saved my life more times than I can count. Not just from the sound of their footsteps but the sound of their gunshots in the distance as well.

No layout in a game is perfect and as I progressed in Call of Duty: Mobile, I found myself losing more and more firefights simply because my thumb kept missing the shoot button. My hands were just too big for my phone so I kept taking note of where my thumb was hitting and sure enough, it would constantly land in the same place when I missed.

So rather than continuously adjusting my thumb, I could simply readjust where the button sat on my screen and make it bigger, making sure that I hit it every time. Something I didn’t know I could do at first.

Re-adjusting the layout all comes down to personal preference and that will develop over time once you discover your playstyle or once you start using a mobile gaming controller or peripheral attachment and have to adjust the controls accordingly. 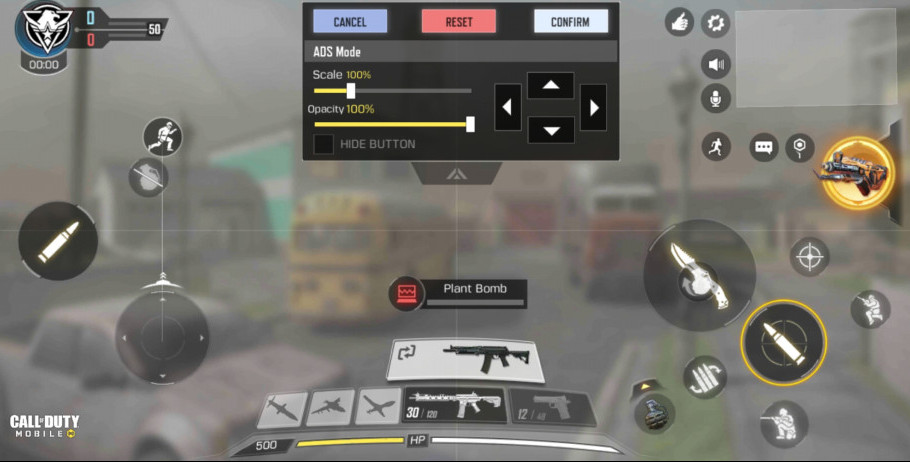 There’s So Much More…

There are so many different ways to enjoy Call of Duty: Mobile and improve as a player that I could never fit every piece of advice I had in one go but I’ll be covering this and more advanced techniques that I’ve learned along the way as well so make sure you don’t miss a post.

We’re in the last few weeks of Season 4 and now is the perfect time to get started before Season 5 rolls around and brings a whole lot more for us to enjoy.

Do you play Call of Duty: Mobile? What are some of the tips and tricks you would recommend to first time players? Let us know in the comments section below!

Up Your Gaming Experience With A Mobile Gaming Controller

Disclaimer: MobileGamerTech.com is not associated with Activation or Call of Duty: Mobile