Just when you thought things couldn’t get any better, Call of Duty: Mobile decided to blow everybody away with the release of Season 9 and they are showing absolutely no signs of slowing down. I mean, if things are this good now, just imagine what they’ve got planned for the next few seasons to come.

Following on from the story that began in Season 6, Ghost and Dempsey have finally discovered the secret that Makarov was trying to destroy. A 103-year-old prisoner named Reznov. A World War II veteran that has transported us all back in time to relive the glory and struggle of his youth.

That’s right ladies and gentleman, we’re taking it back to 1944 with the newest soldiers that are available to earn through the Battle Pass. No more futuristic suits and cybernetics like we see on Battery or Prophet, and no more post-apocalyptic mayhem like with Reaper. We taking it back to da old skool.

So let’s take a look at all the Battle Pass skins that are available in Call of Duty: Mobile’s Season 9 Battle Pass 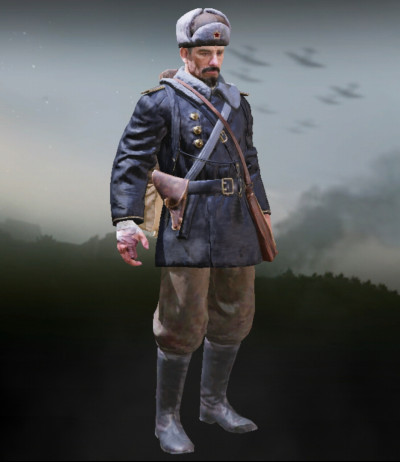 Viktor Reznov, a.k.a. “The Russian”, is one of the most recognizable characters in the franchise with his first appearance dating back to Call of Duty: World at War. It was Call of Duty: Black Ops that gave me my first introduction to such an iconic character and it’s great to finally have him as a playable character on mobile.

I’m no history buff, so I can’t speak for the historical accuracy, but I dig Reznov’s uniform as it brings a new look to the character that I haven’t seen in other Call of Duty games. He’s got that classic Soviet hat though, and I think it fits the vibe of the new season incredibly well.

The only downside for me is the fact that…he’s just NOT the coolest skin we have this time around. I’m excited to have him in my collection because of the nostalgia that comes with it, but it’s going to be a while before he becomes my main soldier of choice.

Reznov is available upon reaching Tier 1 of the Season 9 Battle Pass. 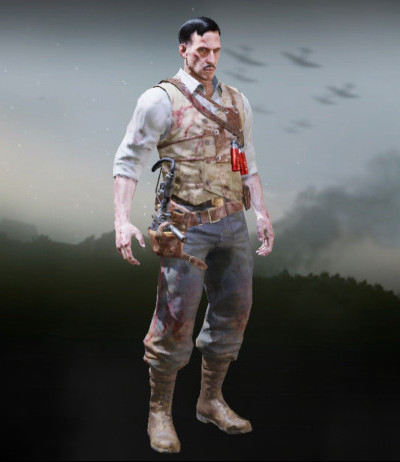 Just when I thought we had found the most bada** soldier skin in Call of Duty: Mobile, a new contender comes along to claim that title. Kreuger – Reaper held the crown for a long time but, after getting my hands on Richtofen in the Battle Pass, I may never use that Season 8 skin ever again.

The level of detail on Richtofen’s character model is amazing, from the dirt and mud that’s stained across his boots to the bloodstains that are splattered across his chest and hands. I mean, even without knowing anything about his history in the franchise, you can just see that he’s a killer you don’t wanna mess with.

Although he was never the main character in any of the original stories from the franchise, Richtofen was always a Zombie mode favorite going all the way back to Call of Duty: World at War and I think I’ve used him in every game I’ve played whether it was Multiplayer or Battle Royale.

Richtofen is available upon reaching Tier 12 of the Season 9 Battle Pass. 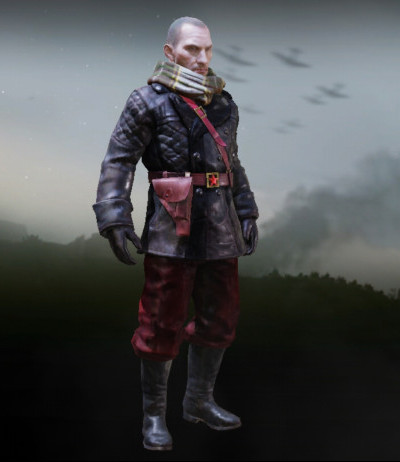 If you’ve been an avid player of Call of Duty: Mobile, then you’ll be very familiar with the name Lev Kravchenko. We’ve had so many variations of this particular soldier, from the Arctic to Dark Hide, and it seems like we’re going to get one more for the new season. I’m sure Ghost would be pretty jealous.

Kravchenko was never a playable character in the franchise and he was barely ever seen again after making his first appearance and meeting his demise in Call of Duty: Black Ops, so it’s great that we have him on the roster here and I’ve been a fan ever since I started playing on Mobile.

This is, by far, the best skin for Lev Kravchenko right now and I plan on adding him to one of my main loadouts at least for the rest of the season. I wouldn’t rank him very high up amongst all the skins I have but while we’re taking this detour through 1944 I think he’ll suit the aesthetic quite well. 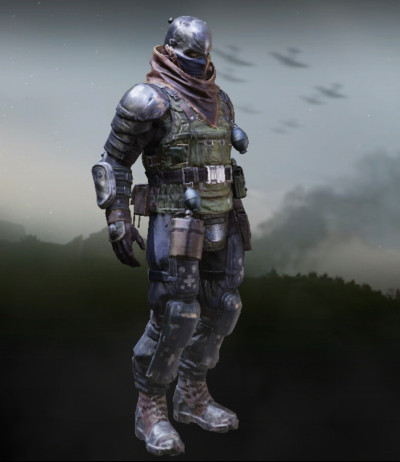 One of the newest faces to join the Call of Duty franchise, Nikto was first introduced to us in 2019’s Modern Warfare and Warzone and, luckily for us, a few months on Mobile. Known for his signature all-black mask, it’s nice to finally have a new variant of his soldier skin.

But I don’t know about this one, man. Compared to all the other skins that we have in the Battle Pass, this is the one I’m least interested in and will probably only use it once or twice this season before putting it up on a shelf to collect dust and then bringing it back out again a few months later as a “classic”.

His character model just doesn’t say World War II, to begin with and he looks like he could come from any modern era of Call of Duty. Especially since his lore has nothing to do with those events,. In that case, they could technically have given anybody a new skin this season.

Nikto – Stronghold is available upon reaching Tier 50 of the Season 9 Battle Pass.

Call of Duty: Mobile once again did not disappoint. At first, I was confused about how the story went from Nuclear fallout to World War II but it makes sense now that I know we’re playing through Reznov’s flashback and I’m excited to start playing as this Call of Duty legend.

Not to mention the fact that, as always, you can earn back all the CoD Points you spend on the Battle Pass through the rewards that you get as you progress from tier to tier. Plus all the weapon and item camos that you can get too but we all know it’s all about the soldier skins.

Did you get the Season 9 Battle Pass? What do you think about the new soldier skins? Let me know in the comments section below.