It goes without saying, Call of Duty: Mobile has one of the best Battle Passes ever seen in a mobile game. There’s always an abundance of items to unlock, from brand new weapon blueprints to new operator skills and even a new emote, things only seem to be getting better with every passing season.

But, out of all the rewards that are available through the Battle Pass, there’s nothing I pay more attention to than the brand new soldier skins that we can unlock. It’s my favorite part of every new season and this time around, it looks like we’re getting a full set of skins that were previously seen running the streets of Verdansk in Call of Duty: Warzone.

Especially characters like Ghost – Jawbone that has been seen on nearly every piece of promotional artwork for the console counterpart and it’s great to see all of them joining the mobile roster. I certainly hope that this trend continues long after the release of Black Ops: Cold War this year.

So, without further ado, let’s take a look at these brand new soldier skins and see whether or not they’ll be making their way onto the battlefield or making their way into my collection to be admired for a bit and then never heard from again. This is the Season 12 Battle Pass Skins review. 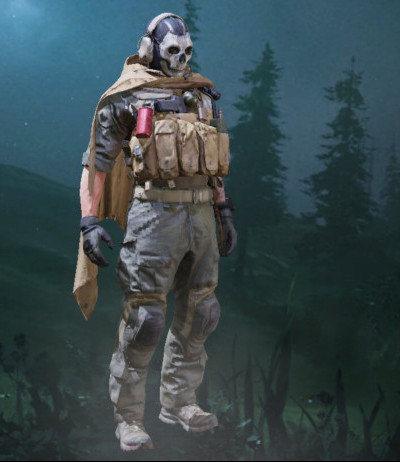 Whether you’ve been playing Call of Duty: Mobile for a year, a month, or only just a day, you’ll be very familiar with Simon “Ghost” Riley. One of the most deadly and mysterious members of Task Force 141. We already have an abundance of skins for our good friend Ghost but this latest skin is one that I’ve had my eye on for quite some time.

Ever since the release of Call of Duty: Warzone, there’s one face that I’ve seen on almost every promotional picture I’ve stumbled across. He’s the poster boy for everybody’s favorite Battle Royale on console and PC and I’m happy that we finally have him available on mobile.

It goes without saying, this is a soldier skin made and designed for the Battle Royale arena and, as we all know, we just so happen to have our own Battle Royale mode in Call of Duty: Mobile. I’m planning to get a lot of use out of it as I finish off my grind in ranked and claim that Legendary spot once again.

Ghost – Jawbone is available upon reaching Tier 1 of the Season 12 Battle Pass. 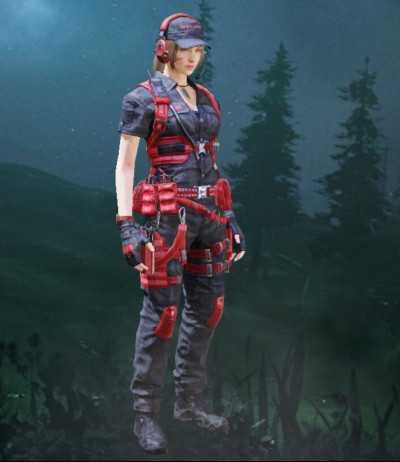 While many of the characters and soldiers that we find in Call of Duty have a long history with a deep background and a clear path to their origins, we know almost nothing about Urban Tracker and it’s baffling, to say the least. Urban Tracker made her first appearance in Season 4 and she’s been a complete mystery ever since.

Being such a fresh face to the Call of Duty scene means that, unlike her counterparts that are in the Battle Pass this season, Urban tracker was designed and made exclusively for mobile. So no matter how she may look with each new variation, you have to add her to your collection.

While I probably won’t use this soldier skin next season, I plan on getting a lot of use from it now. The red and black design is really cool and is a stark contrast to the default uniform which is always a bonus when it comes to new skins. It may not be the best one around but it’s certainly worth the second spot in the Battle Pass.

Urban Tracker – By Night is available upon reaching Tier 12 of the Season 12 Battle Pass. 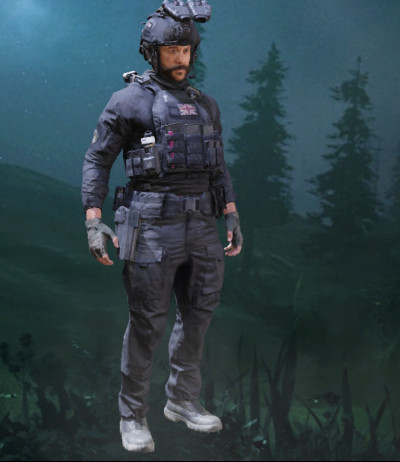 From a character that you might not have heard about to another character that has already featured heavily in every version of Modern Warfare to date and is loved by fans all around the world. Captain Price is back on mobile once again, looking like he just stepped off the ‘Clean House’ mission from the 2019 console smash hit.

It was one of my favorite missions in the game and I’m glad we get to recreate some of that experience with this new variation on Captain Price, especially since the new season is all about throwing on the Night vision and ‘Going Dark’. Not to mention how much fun it’s going to be to drop down into Battle Royale with him as well.

We’ve had many variations of him in the past but this has to be the best one yet. The all-black design is perfect for the new Night modes that are in the game and it should be everybody’s top pick for the rest of the season. I know it’s certainly going to be that way for me.

Price – Dead of Night is available upon reaching Tier 30 of the Season 12 Battle Pass. 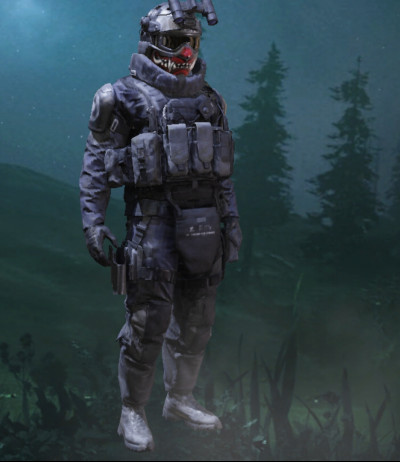 Once again, for all those that play Call of Duty: Warzone as well, we have a soldier skin that you’ll be very familiar with. II don’t think anybody could forget a character as bad a** as Velikan. I mean, just look at that sick looking mask. I’m sure we were all buying that bundle when it came out in Season Five.

I’m actually surprised that we got him on mobile so soon, to be honest. It’s been less than 3 months since he made his debut in Call of Duty: Modern Warfare (2019) and Warzone but I’m honestly not complaining. I love the fact that I can start expecting all the new console characters to mobile as well in a shorter time than expected.

While it may be the coolest looking skin right now, I doubt I’ll use him much. Only because there are already so many other great soldier skins being added to the collection this season. It all depends on how things go when we hit the beaches of Alcatraz or maybe even Isolated as well.

Velikan – Megalith is available upon reaching Tier 50 of the Season 12 Battle Pass.

Call of Duty: Mobile has proven once again that they have one of the most valuable Battle Passes you could get. It’s hard to think about just how they’re going to top it all again next season but I certainly can’t wait to find out. I’ll take more Black Gold weapon camos any day of the week.

Not to mention the fact that you can earn back all the CoD points you spend on the Battle Pass within the Battle Pass itself through the rewards that you get as you progress from Tier to Tier. And, with the incredible roster they’ve added this season, there’s never been a better time to start unlocking these great rewards.

Did you get the Season 12 Battle Pass? What do you think of the new soldier skins that we get to unlock? Let me know in the comments section below.