It goes without saying, the Battle Pass has been the most exciting part of every new Season in Call of Duty: Mobile, and this Anniversary season, things are bigger and better than ever before. There is an abundance of new content to get your hands on and I couldn’t wait to start unboxing all the new items that are in store.

As we all know, Season 11 marks the one year anniversary of Call of Duty: Mobile, and the celebration is in full effect, with prizes that are sure to make this a Season none of us will ever forget. It’s hard to believe that it’s already been a whole year since this game arrived on our mobile devices and what a year it has been.

Makarov may be gone but it’s time to hunker in the bunker and prepare for the end of the world as Ghost, Mara, and Soap and the rest of Task Force 141 try their best to stop Mace from completing his plan. It’s all hands on deck as we try to save the world once and for all.

So, without further ado, let’s take a look at the new Battle Pass skins that are up for grabs for this season. 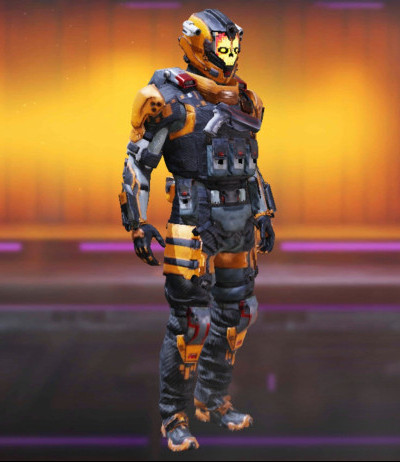 There’s no better way to start off this new rollout of content than with a vibrant spin on one of the deadliest names in the history of the game. One of the most mysterious characters in the entire Call of Duty franchise is finally getting another fresh new skin and this time, it’s a brand new skin made exclusively for mobile.

Considering the Cyberpunk-like aesthetic of the new season, I think it’s a great new addition to any player’s collection. Especially since I barely even recognized it as a Spectre skin when I first saw the leaks. I thought it was a totally new character but it’s the holographic skull pattern on their helmet that helped me make the connection.

While I’m not usually a fan of the more colorful and less authentic skins in Call of Duty: Mobile, I actually like this skin and have already been using it in a few games. It probably won’t be my main soldier skin that I use but I can see myself bringing it out every now and then when the vibe is right.

Spectre – Pixel Spy is available upon reaching Tier 1 in the Season 11 Battle Pass. 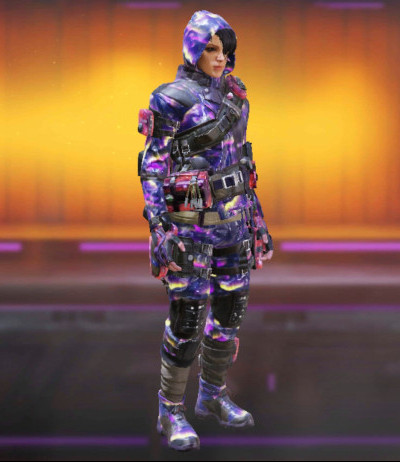 Now that we finally have the Hacker class available in Battle Royale, it’s only fitting that we get one of Call of Duty’s most infamous Hackers to join the Anniversary party as well. It’s a much more vibrant look than her default soldier skin but, unlike Scylla, I actually don’t mind this one

Even the default backpack that this skin comes with is one that I’ll probably use full time as long as I’m using Zero in-game. Not just for Multiplayer but also for Battle Royale as well. It may go against my policy on using the more realistic skins in Battle Royale but I think this is one time that I’ll make an exception.

While I never used Zero much in Black Ops 4, she makes a great addition to my mobile collection and I plan to use it for this season at least. I wasn’t able to get the default but I think this more than makes up for that and I think it’s well worth the price of acquiring the Battle Pass.

Zero – Nebula is available upon reaching Tier 12 in the Season 11 Battle Pass. 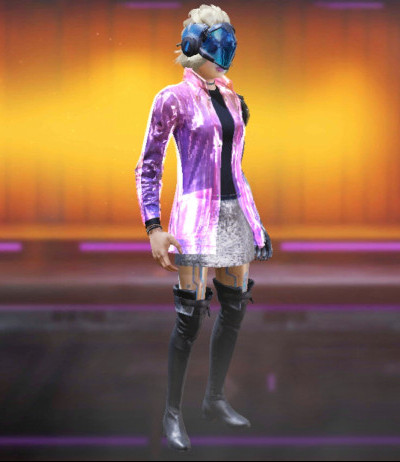 When you look at all the authentic and hyper-realistic soldiers that we have on the roster, it’s a shock to see such a neon coated and cybernetically enhanced soldier take to the battlefield, in a pink dress of all things. It’s a wildly different look to the Scylla we got introduced to in Season 10.

Unlike many of the other soldiers in Call of Duty: Mobile, Scylla made her first-ever appearance in the franchise last season when we took the hunt to Makarov in the jungles of Brazil, and it’s definitely a shock to see her go from the green gritty jungle aesthetic to a more technology advanced style in this seasons theme.

This skin is gorgeous and I’m happy to add it to my collection but, I honestly doubt I’ll be using it much in-game. I love me some Battle Royale and, from a strategic perspective, I just don’t think it’s a good idea to make yourself out to be such an easy target to spot. That kind of thing matters, you know.

Scylla – Future Vice is available upon reaching Tier 30 in the Season 11 Battle Pass. 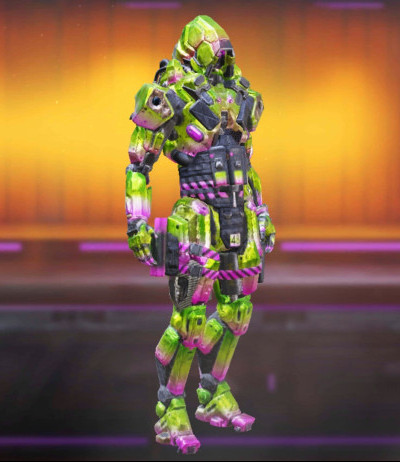 After seeing images of the new Reaper skin in the leaks, I was excited to get my hands on this one, since it closely resembled the original and didn’t come with all the extra bits that were tacked on for his look as Reaper – Grinder. It may have suited the post-apocalyptic aesthetic but I wasn’t a fan.

And, once again, all that excitement has turned into some bitter disappointment. Now that I’ve gotten an up-close and personal look, I think this pink and green color scheme is absolutely horrible. I’ve got nothing against pink in general, and green for that matter, but the way they’ve combined these colors now is just Horrible.

I thought that the green would make it a viable choice for Battle Royale but this Reaper skin is just nasty and I wouldn’t feel bad if I didn’t get it. There are some other rewards that I want at Tier 50 so that’s the only reason this one is going in my collection but if I had a choice, I wouldn’t bother buying or grinding for this one.

Reaper – Premium is available upon reaching Tier 50 in The Season 11 Battle Pass.

The party is in full effect and I’d say that this is definitely a Battle Pass worth going for. The Reaper skin is a complete waste but I don’t mind it since there are a ton of extra rewards at Tier 50 that more than makeup for the lacking Reaper skin. Be sure to get the Battle Pass before it’s too late.

Did you get the Season 11 Battle Pass? What do you think of the skins this time around? Let me know in the comments section below.