When quarantine began last year. many people found themselves stumbling into new hobbies and I was no exception. But, instead of exercise or learning how to bake bread, I found myself on Twitch watching various competitive games and spectating a lot of tournaments for my favorites.

Eventually, I got my hands on a console and started playing many of these games myself but there was one particular genre that remained nothing but a spectator sport for me. And, as you can tell by the title, that was fighting games. I watched hours of gameplay on youtube but somehow just never felt the urge to play it myself.

But I started to feel the urge when I started to see this statement floating around the internet: “Fighting games aren’t fun because they are too hard” and it made me ask why I didn’t play any fighting games myself? I mean, I put a decent amount of hours in Apex so why didn’t I ever play fighting games online since it’s pure PvP.

Is the barrier to entry really that high? Even games like Fortnite have complex building mechanics that take time and practice to perfect so why does the FGC feel like such a niche community? There’s really only one way for all these questions to be answered. I had to finally get a taste of the online fighting game community myself.

How We Got Here

Okay, so I’d be a liar If I said that I’d never ever played a fighting game before, I’ve just never owned one and never put in enough time to try and figure out what the hell I was doing. I’m talking about the occasional match here and there when hanging out with friends and absolutely zero time spent learning what all the buttons are actually meant to do.

That’s why, for a majority of the time, I sided with the masses and made the assumption that it was the games fault for being too hard but once I started watching professional Mortal Kombat and realized what gameplay of a high skill level looked like, I began to understand the appeal a lot more.

Before all this, the idea of memorizing one character’s button prompts to pull off these insane combos seemed insane but seeing it put into action was amazing and I felt newfound respect for the players that had the dedication and quickly made the assumption that if it was this much fun to watch, it must be fun to play yourself as well.

One of my first introductions to online multiplayer was none other than League of Legends. I know the connection doesn’t seem obvious but this was the first game I played regularly against other actual humans and the first game I put a considerable amount of time into understanding and gaining a decent level of skill.

We’re talking season 2 here so the skill ceiling was pretty low and I was getting 9 wins out of every 10 just playing in the Jungle by Season 5 but once we got to season 10 the game had changed, the skill gap was too far ahead of me since I played more casually as the years went on and I eventually left the game entirely.

To start shooting stuff of course. I bounced around from all the mainstream Battle Royales and First-Person shooters but it was the same feeling time and time again. They were fun but I just didn’t feel the urge to put any time into being a good player. I had my casual experience and then put the games down for good.

Still, it’s pretty clear that any kind of competency in the online world needed you to practice and train regularly so it makes sense that online fighting games would require the same level of dedication but then why is there still the stereotype that these games are too hard to master and only cater to a select few?

Surely, with a decent amount of effort, the same level of fun I saw could be experienced in this genre and I wasn’t ready to just let that be a thought. I had to see for myself once and for all. So, after some basic planning, I put together a plan that would finally answer all these questions and more.

I’m 60% sure that all this might change and adapt over time but for now, I have a basic outline of how I’m going to go about doing this. As of right now this is scheduled for a month but it could end up shorter or longer depending on the success of the project in terms of how fast or slow we can draw a conclusion.

At the end of the day, PvE just isn’t the experience we’re looking for. The true passion for fighting games (at least from what I’ve seen) is the rush of pure PvP, 1v1 competition that results in one winner and one very real human loser. Being good at defeating A.I. opponents just won’t be enough to call this experiment thorough.

So, the game I will be playing is none other than Injustice 2. I took a look at many different types of games with many different styles, including Skullgirls, Marvel vs Capcom, and even Soul Calibur, but I’m a huge fan of Netherrealm Studios and Mortal Kombat 11 but Injustice was free on Xbox Game Pass so that’s going to be my game of choice.

The Plan is Pretty Simple: 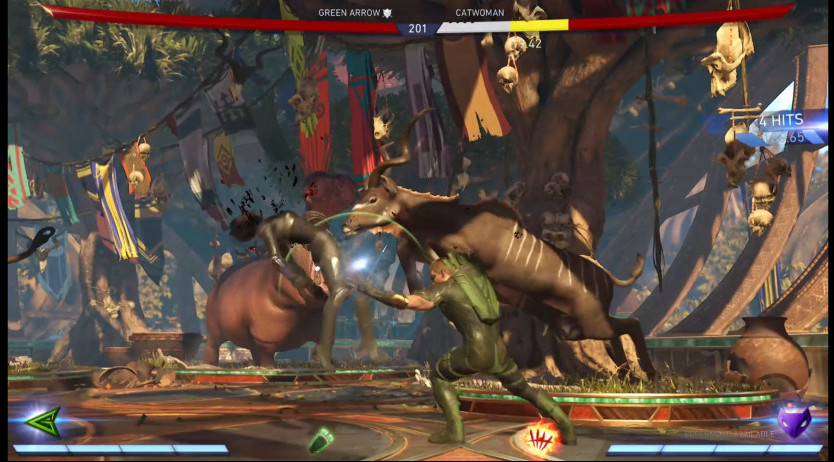 When all is said and done, I’m only hoping to get a better understanding of fighting games and the community that seems to be growing stronger every year. and will continue to update my progress over the next 4 weeks or more. Are fighting games actually hard? We’re about to find out.

Do you play fighting games? What are your thoughts on the barrier to entry to this genre? Let me know in the comments section below.