The Saints Row franchise firmly established itself as a contender within the open-world crime genre and stood proudly next to games like Mafia and the Grand Theft Auto series. So imagine everybody’s shock when the latest game in the series when completely off the beaten path and turned the gang from saviors of the streets to full-blown secret agents trying to save the world?

Yes, no matter how unbelievable that may sound, Agents of Mayhem did exactly that and delivered a spin-off that softly rebooted the world of Saints Row, turning the bada$ gangstas into an elite fighting force with a whole host of new characters to join in on the Mayhem.

This obviously left the entire community even more divided than it was with the release of Saints Row IV but is it truly deserving of all the hate. It’s the last full release we got in the series and the only one to not feature a creatable character but is that all enough to turn everybody away from the franchise they grew up with.

That’s what we plan to answer today as we team up with the rest of the squad and take down The Legion with all the swag of an ultra bada$ James Bond. We’ve got a new story and some new characters to dive into so, without further ado, let’s see if Agents of Mayhem is still good in 2021.

Even though it seems like it’s not canon within the series, Agents of Mayhem follows directly on from the events of Gat Out of Hell. That game featured multiple different endings, including reuniting Johnny Gat with his long-lost love in Heaven, but one of them was an ending in which God himself recreated the earth and completely retconned the franchise.

The 3rd street Saints’ signature fleur is now the logo for an elite Agency that fights crime on a global scale. No longer are we up against gun-wielding gangstas trying to take over the streets but actual supervillains hellbent on Global Domination and it’s up to the Agents of Mayhem to save the world one baddie at a time. 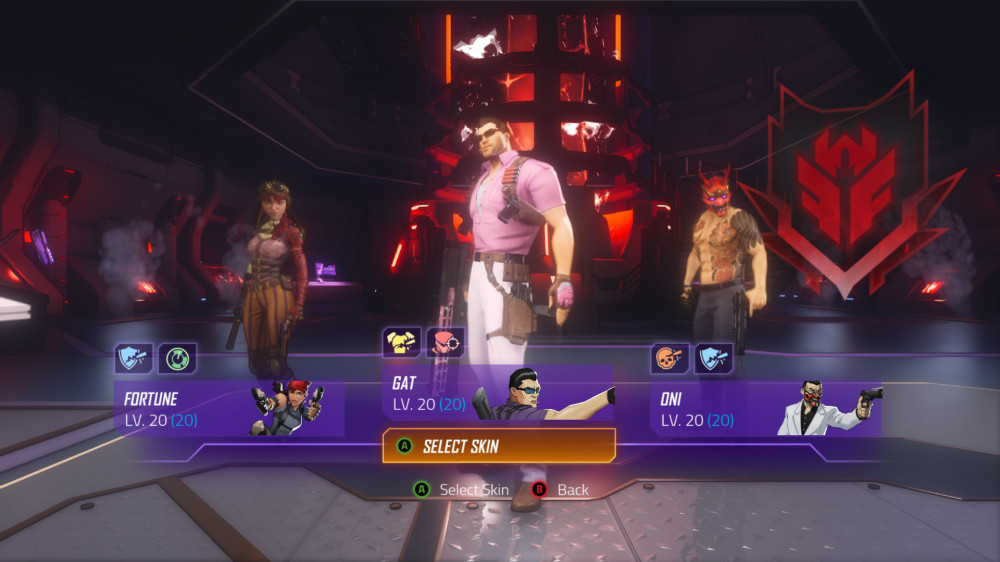 The Powers of Mayhem

Each Agent uses a unique weapon to dispatch enemies with and some of those weapons include shotguns, assault rifles, energy blasts, and even a Scimitar sword. Plus a unique special ability that can be activated for some extra damage or utility with a small cooldown.

The real power comes from each Agent’s Mayhem Ability that can enhance the Agent’s abilities and give them unique powerups to deal a lot of damage or apply a massive de-buff to your enemies. In some cases, it might even turn your Agent invisible, opening up tons of different playstyles with each character.

The Ark & The Open World

Agents of Mayhem is the only game in the series to not feature Steeelport or Stilwater as a central location and instead moves to the first real-world city to be featured, Seoul in South Korea. You’ll be free to explore the entire open world whenever you deploy from the Ark and are making your way to the next mission or activity.

The Ark serves as the Agent’s secret headquarters and it’s where you’ll get your mission briefings, facilities like the armory and R & D lab, and it’s where you’ll pick the three agents you want to deploy with into the city for the next mission. It’s also where you can check your progress as you collect items in the city and make your way through the main campaign.

So, What’s Good About It

Agents of Mayhem really opened up the board and gave us a good list of characters to choose from. Each of them demands a particular playstyle so there’s really someone for everyone to vibe with and connect to as you play through the campaign since they all have their own sets of dialogue for every situation.

The platforming and general movement mechanics during combat are exceptional and the arenas you fight in are wide and very open from top to bottom and I definitely felt myself taking advantage of all the verticality within each environment with the triple jumps and mid-air dashes that some characters possess.

All the epic movement and abilities meant that combat was never boring and I got the chance to use my imagination when it came to dealing with enemies and I felt motivated to keep experimenting up until the final boss. Especially since the difficulty scales really well and I never felt like I was hindered or too weak at any point during the game.

There’s no denying one important flaw when it comes to Agents of Mayhem. This one of the most repetitive and grindy games I have played in a long time. The mission variety is lacking hard at the beginning of the game and it’s weird because the last few levels are where it really starts to get good

Especially if you try to unlock all the agents early in the game. You have to complete 2 unique missions to unlock them and they almost always ended with a trip into the Legion Lair which is just cold gray arena after cold gray arena split up with some empty hallways that may or may not have a box or two to open.

On top of all that, I was disappointed with the way they tried to reboot some of my favorite characters from the franchise and I would’ve preferred if they just created a new IP instead of trying to piggyback off the world that the previous games already established.

On a technical level, there’s absolutely nothing wrong with it and I would almost be tempted to ask for a sequel if it didn’t mean totally abandoning all my favorite story arcs and characters. Plus, I’ve kinda gotten used to creating my own character for each game and I would’ve preferred a system that lets us do that and still play with the new characters they’ve introduced.

It’s a well-polished product but it falls short of every fan’s expectation and it’s no surprise that most people don’t recommend it as a starting point for anybody new to the franchise. Here’s hoping the next Saints Row game can finally bring the community together.

Have you played Agents of Mayhem? What did you think of the new direction the series took? let me know in the comments section below.